Speakers | Autonomous Mining: What is Next? 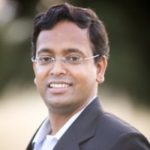 Bibhrajit joined Caterpillar and worked on Autonomous Mining Truck for 7 years, which is one of the first commercially available fully autonomous trucks in the world. At Caterpillar, he worked on the Vehicle Health Management system, which is critical to any autonomous machine. He also developed algorithms for localization and perception for autonomous vehicles. After Caterpillar, he joined Ford and built a team to develop the self-driving algorithm. Later he worked at a start-up, Faraday Future, where he led a team to develop self-driving software for next-generation smart cars. He architected and deployed AI algorithms and a Deep Learning model in self-driving applications. Later he worked at Apple as Senior Architect for developing autonomous solutions.

Currently he is the Chief Executive Officer and Founder of SafeAI, Inc. SafeAI and is building the future of autonomous mine by creating autonomous mining equipment that just works.

He has published one book on autonomous robotics, over 15 journal papers, and filed more than 40 patent applications. 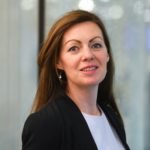 Liv is a Senior Principal with Accenture Applied Intelligence and works with clients to address business needs, define strategy, develop data-driven operating models and transform working practices with the goals of improved safety, sustainability, margin and productivity. Leveraging advanced platform and mobile technology, data science, analytics, machine learning and artificial intelligence, Liv applies an understanding of Behavioural Science to engender adaptation in a rapidly changing world and adoption of tools and working practice for better business. Liv is a Chartered Geologist with 18 years’ experience in the extractives industries, supported by a Masters in Mineral Project Appraisal from Imperial College, a BSc (Hons) in Geology from Durham University and an Executive Course in Behavioural Science from London School of Economics & Political Science. Liv is an active member of GMG; scrutineers for Chartership at the Geological Society; and has been convening the London Mining Sundowner, the UK’s largest monthly networking event, since 2007. 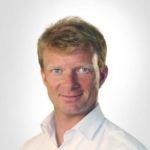 Mobilaris Mining intelligence is a leader in digitalization for mining and tunnelling. Before joining Mobilaris in 2012, Hans had more than 20 years’ experience in the telecom industry in various management roles. This has given him a broad and extensive experience spanning from R&D line management, Product Management to Sales and Business Management.

In 2006, he changed back to the business side working in various roles such as business manager, sales executive and business developer. In the end of 2009, Hans was appointed as Head of Service Area Industrial R&D at Tieto and in 2010, he was appointed Head of M2M communication at Tieto.

Speakers | Workplace of the Future 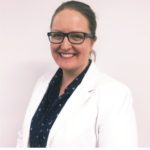 With over 15 years’ experience in the civil construction and mining industries, Katie is a passionate advocate for promoting investment and support of regional communities. Throughout her career, Katie has held a range of roles across civil works, hydrogeology, engineering and environmental science. In her role as General Manager Transformation and Readiness, Katie leads future activity to manage technical and non-technical business transformation to challenge ways of working for OZ Minerals. Katie has an intimate understanding of the importance of environmental investment, social performance and the significance these activities play in any exploration, mining or engineering development of the future.

James Cleverley is the UK-based Global Product Manager at ASX-listed Imdex Limited, a leading METS company providing technology for real-time sub-surface intelligence in the minerals industry under its REFLEX and AMC brands. James completed his PhD in hydrothermal geochemistry at University of Leeds before moving to Australia as a postdoc at JCU in the Predictive Mineral Discovery CRC. Following this he joined CSIRO in Computational Geoscience and X-Ray Characterisation, later involved in the Deep Exploration Technologies CRC and development of the Lab-at-Rig. James joined Imdex in 2014 where he has learnt much about the process of commercialisation of technology and the challenges of introducing new disruptive technology products to market. Experience in academia, applied research and business, and being exposed to the challenges of the mineral industry in a range of commodities has been an amazing experience but may have led to a few grey hairs.