Autonomous drilling allows operators to be removed from the hazards caused by a working drill, and instead allows them to oversee the machine from a safe distance. Other advantages to autonomous drilling include increased accuracy and efficiency, leading to more productive operations. Industry collaboration and sharing best practices on this topic is essential, as this can help the industry advance collectively to remove workers from hazardous conditions, help operations provide the right training for skills migration, and improve the effectiveness of autonomous and remote operations.

This forum, in partnership with CIM and its Surface Mining Society, will bring the industry together to define best practices and change management strategies for implementing successful autonomous drilling operations.

This presentation is intended to provide a review of the Epiroc Pit Viper 235 teleremote/auto-drill’s operational readiness and deployment. Remote operation/autodrill technology is a revolution in the West Africa mining industry, IAMGOLD launched with technical assistance from Epiroc the first automated drilling rig on February 8th 2020 on its ESSAKANE mine in Burkina Faso.
The driver for automation was to improve the accuracy and consistency of drilling processes and with cost saving through continuous improvement. The remote operation and auto drill will give the single driller the ability to operate multiple rigs simultaneously from a teleremote operator station in the control center. The potential benefits from productivity and maintenance (less operator override’s action bad uses) will make it possible for Essakane to follow the LOM plans without having to buy 8th PitViper and decrease the rental drill equipment’s costs.
Implementation a new technology was a holistic operational and cultural change, especially when considering the hidden complexities in a project in such as the West African area with limited technical resources. Change management was a primary consideration throughout all stages of the process. The deployment was based on industrial lessons learned and has demonstrated critical change management to ensure the success of the effective technology implementation.
It was important to include key people at all stages in order to be able to work on any changes or unexpected situations, and significant technical and operational experience were instrumental in ramping up to full capacity of the system.
A review of this deployment will extract lessons learned from the integrating automation technologies into the mine site and serve as the stepping stones to IAMGOLD journey to full autonomy. 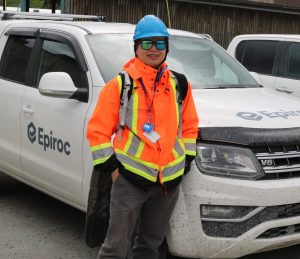 My name is ZHI JUN ZHU and I am currently employed with Cote Gold as autonomous system engineer, a joint venture between IAMGOLD and Sumitomo, where I will initiate, lead and deploy among others mining best practices and implementation of autonomous mining systems such as autonomous haulage system and autonomous drilling system. As a technology enthusiast and curious problem solving mining engineer, I am fascinated by this opportunity and have a love for mining, technology and mining are a perfect fit for me.
After my engineer training from the Ecole Polytechnique de Montreal in 2009, I took an entry-level position at Arcelor Mittal Mont Wright Mine, where I deployed and upgraded mining technologies and systems capabilities in line with company’s production strategies. In addition, I had significant experience as drill and blast engineer as well as geotechnical engineer.
Prior to working with Cote Gold project, I worked for 5 years with IAMGOLD Essakane Mines as technical services coordinator in the West Africa, I was obsessed with all projects tech-related and implemented several transformative mining systems and technologies for instances Remote / Auto-drill system, Dynamic dispatch, EDD (Electronic Delay Detonator), UAV Surveying system that improved efficiency of mine operation and production.

In mining’s challenging business context, sustainability calls for unrelenting efforts to capitalize on digital technologies to capture operational efficiency improvements. Blast-hole drilling for many operations is a critical process in ensuring consistent quality feed to their downstream processes. In many obvious ways, it stands to reason that digital technologies and autonomy solutions could and should be applied to blast-hole drilling to automate this process.

This presentation will focus on our journey to autonomy for drilling. As in any design and deployment initiative, pitfalls and traps emerge and will be shared. Additionally, many unexpected observations and opportunities were discovered that provide much insight for future possibilities. The journey is just beginning…. 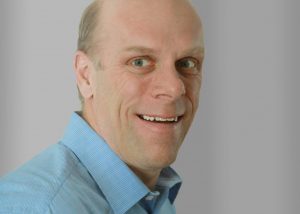 About Michel: Michel has over 30 years experience in the mining industry. His background in mathematics and computer science have seen him occupy various positions in technology related fields. He has held such roles as enterprise solution architect, technology strategy lead and R&D technology senior lead. His primary focus in the past 15 years has been in applying operational research techniques to leading edge technology in order to maximize operations efficiency and productivity in the iron-ore mining industry. He has extensive experience in using digital and technology strategies to bring about operational efficiency improvements and cost savings.

About Saad: Saad joined ArcelorMittal Mines Canada in 2012 as a senior financial analyst reporting to the CFO. During this time, he developed the cost driven production models in Mont Wright. In 2015 he joined the CTO team as head of business strategy and project development, where he worked on several strategic growth and technology projects worth over 250 M USD. In 2017 he co-founded the Integrated Remote Operations Centre in Montreal  to remotely manage mine to mill operations. Over the past few years he has lead the IROC team to enhance and optimize the mine and mill operations, achieving sustainable value of over 30 M USD per annum. He strongly believes in the concept of achieving higher levels of productivity and value chain integration with restricted resources. 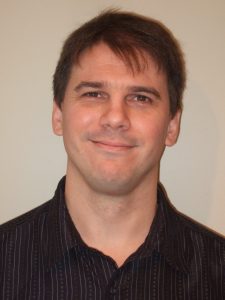 About Francois: François is a control systems engineer with 20 years of experience in mining control and automation. Over that period, he held technical leadership roles in different haul truck and large blasthole drill automation programs, including Caterpillar and Hitachi respective autonomous mining programs.
After joining Peck Tech in 2012, he developed and delivered non-invasive autonomous drilling systems for Teck Resources and ArcelorMittal Mines. 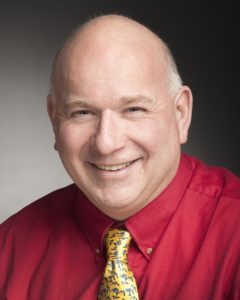 About Tim: Dr. Joseph is President and Principal Engineer, JPI Mine Equipment & Engineering; recognized as an expert in mine equipment performance and ground – equipment interactions. He delivers certificated industry short courses and mining equipment performance evaluations to the global resource industry, mining equipment manufacturers and service providers. He is also a Board Director of Engineers Canada and Ambassador and former Vice-President of the Canadian Institute of Mining. Dr. Joseph retired as Associate Dean, Faculty of Engineering, University of Alberta and Director of the Alberta Equipment – Ground Interactions Syndicate (AEGIS) research program; becoming Professor Emeritus, Mining Engineering. Dr. Joseph is a former recipient of the SMART Distinguished Service Award, the Canadian Institute of Mining (CIM) Distinguished Service Medal and the CIM Past President’s Medal for his contributions to the global mining industry and mining engineering education. His counsel on new mining equipment and associated operational issues, mine closure and community consultation is frequently sought, including keynote speaker invitations worldwide, to the UN in Geneva and in support of Canada’s missions throughout Latin America. Dr. Joseph continues to co-chair numerous international mining conferences, including the upcoming Haulage & Loading conference in March 2021. 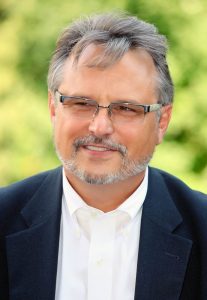 John Stinson, Business Development – Command for Drilling, MineStar Solutions, Caterpillar
Graduate from Colorado School of Mines, BSc Eng. Entered mining industry seeing the opportunity to advance automation in mining.
My surface drill experience with Ingersoll-Rand Drilling Solutions. The work included Engineering design validation, Engineering Management, Manufacturing, and Product Support. Earliest work history did development testing on early driller assist functions; auto air regulation, auto level and auto drilling. Ingersoll-Rand commissioned the first Aquila DM1/3/5 package in 1997 in Australia.
The work in design validation included applying applicable industry standards onto drills. During the mid-90’s, I participated in Ingersoll-Rand’s Phoenix Project which created the Pit Viper drill series. This work included design for drill automation, which again partnered with Aquila Mining Systems.
For the next 18 years, my focus has been to work with clients to select and implement blasthole drilling programs, which included drill automation to manage fleet size or use drill technology to increase machine productivity and overall safety. The work also included setting up proper support structure.
During these years, I served in a regional role for Africa and Russian speaking countries and later as global account manager for several mining companies. In Russia, through my leadership, IR/Atlas Copco became the drill of choice. The teams work in Africa had the first PV351 sale and established the largest fleet of PV351.
Joined Caterpillar in 2020 to advance drills and drilling under Caterpillar MTES, which has over 800 established deployments of their CAT Terrain for Drilling solutions globally. The MineStar suite of products includes Command for Drilling which provides autonomous drilling solutions for Cat and competitive OEM drills.
I hold the position of Business Development. This work has two branches. The first is promoting drill automation to bring higher drill production safely. The other branch relates to the drill being the key mining machine when looking to execute a viable drill to mill strategy. Both branches bring the drill under the digital umbrella that a mine has defined and employs to deliver high-value capabilities. 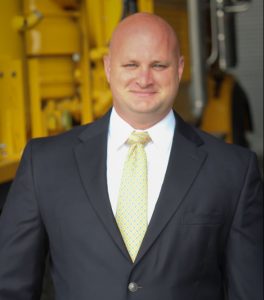 As the Automation Director, Surface Mining, Tyler Berens is responsible for developing, employing and promoting automation and autonomous products for Epiroc. Prior to joining Epiroc, he served 7 years as an officer in the United States Military. During his time, Tyler led tactical communications units directly supporting special operations followed by time in a strategic planning role.
Tyler completed his Undergraduate in Management Information Systems and Master’s in Business Administration. 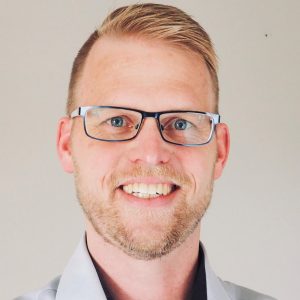 As a graduate from the University of Manitoba, BSc Engineering (Mechanical) he has been involved in both surface and underground drilling applications. In recent projects he has overseen the implementation of remote controlled and automated underground development drills, rock support drills, and production drills. He has been involved in working with mines to maximise the drill’s safety and productivity through automation, especially as their shift change time increase with depth.
In his role as Business Line Manager in Canada he will continue to drive automation of underground drills and support mines with the required change management process to effectively utilise underground drilling automation.