This virtual forum bring together a panel of experts for a discussion on current priorities and important topics within mineral processing, as well as experts to provide knowledge sharing presentations. The workshop portion of the forum will allow participants to provide their input on current GMG initiatives for this topic.

The GMG Mineral Processing working group has several newly launched projects within this field, including initiatives to develop guidance for metal accounting, process control, geometallurgy, overall equipment effectiveness, as well as guideline review projects and many more soon to be launched projects. 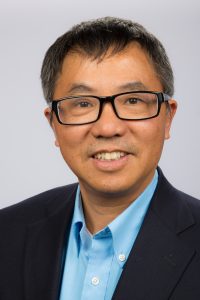 About Manqiu: Manqiu Xu obtained his Bachelor of Engineering degree in Mining Engineering from Central South University in 1984. He came to study mineral processing at McGill University in 1985 after winning a national scholarship. He obtained his M.Eng. and Ph.D. degrees in 1987 and1990, respectively. In 1993, he joined then Inco Limited as a research engineer in its Mississauga’s research laboratories.
He is now Head of Mineral Processing, Mineralogy and Chemical Analysis of Technology and Innovation, Vale Base Metals. He has published over 50 technical papers, obtained several patents, and has a broad interest in mineral processing and related fields. He won the Bill Moore Special Achievement award from the Canadian Mineral Processors Association in 2004 and CIM Fellowship award in 2006. 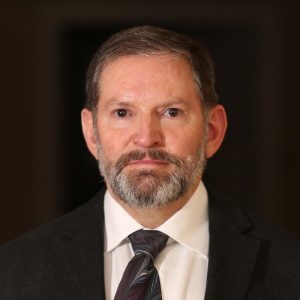 About Leonard: Mr. Hill is Director of Metallurgy and Strategic Planning, Freeport-McMoRan Mining Company. He graduated from Colorado School of Mines with a Bachelor of Science degree in Metallurgical Engineering.
He joined Freeport-McMoRan in 1989 as a staff metallurgist and has worked at various locations and positions of increasing responsibility including Mill Operations Superintendent, Strategic Commodity Manager and Manager of Operational Improvement before moving into his present position. Current responsibilities include concentrator technical support for Freeport NA operations, metallurgical testing and process design for growth projects and for oversight of the Concentrator/Smelter Metallurgist Career Development Program. In his spare time, he enjoys travel and nature photography. 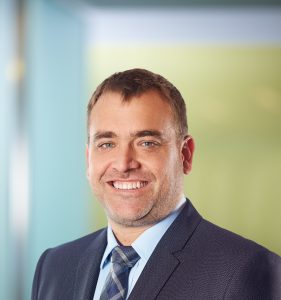 About Peter: Peter Amelunxen completed his Bachelor’s degree in Mining Engineering at the University of Arizona (1998) and his Master’s degree in Mineral Processing at McGill University (2004). He has worked for more than 20 years in diverse rolls including plant operations, executive management, consulting, engineering, and laboratory testing, and has authored or co-authored many papers on grinding and flotation testing, modeling, and circuit design. He is a founding partner of Aminpro Chile, a metallurgical lab and engineering company based out of Santiago, Chile, and is currently the Vice President of Technical Services for Hudbay Minerals, Inc. Peter was the recipient of the 2007 SME Young Engineer Award, the 2011 SME Arthur F. Taggart Award, and the 2011 MEI Young Persons Award. 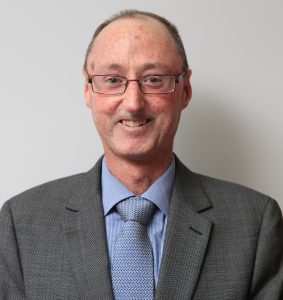 About Paul: Dr Paul Shelley is currently the Global Vice President Innovation of Molycop. Dr Shelley is a qualified mechanical/materials engineer, graduating with honours from the University of Queensland. He holds a MBA, majoring in technology management, and DBA in the field of organisational behaviour, both from Deakin University, Australia. He is a strong advocate for innovation and collaboration. He is particularly passionate about the mining industry, having worked in this sector for the past 35 years. His professional interests focus on facilitating a stronger digital mining ecosystem. Dr Shelley is appointed as an AusIndustry industry expert in the Federal Government’s Accelerating Commercialisation initiative.

The key to optimising a process is to ensure that accurate, reliable and extensive information is available before implementing an improvement optimisation program. Currently, 97% of all data generated by sensors and instrumentation is not used, and many mining operations are still using analogue communications in their plants. Now that Industry 4.0 has arrived, there are a number of tools available to implement additional value in both brownfield and greenfield mineral processing operations. Machine learning, model predictive control and AI utilised in the Mining Industry as a force multiplier coupled with Big Data, this presentation will step through some of the possibilities that mining organisations can explore to drive down costs further and maximise output in their operations. 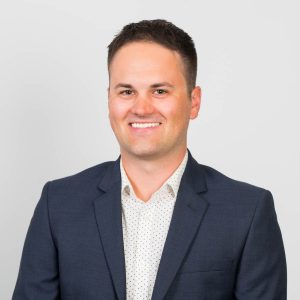 About Taylor: A graduate of UNSW (Bachelor of Science) and The University of Sydney (Master of Engineering – Chemical and Biomolecular), Taylor initially commenced his career with ALS and Australian Business in various Analyst and Technician roles. He then began his mining experience with BHP in a Process Engineer role. After a variety of improvement, operational and process engineering roles, mainly in Queensland for over five years, he moved back to Sydney, Australia, to commence his current role with Endress+Hauser. Taylor is currently the Industry Manager (Mining, Oil & Gas) and is responsible for creating and deploying strategies for the Mining Industry, where he has a passion for melding together instrumentation with process improvement applications to bring maximum benefit for the industry. He is also involved with driving the Group’s portfolio developments in his current role, filing a patent for a soft sensor last year.

Our presentation will compare the two different methods of screening from the standpoint of efficiency, structural integrity, capacity, and power requirements. We will discuss what each method is, how it is designed, and how they each react to material flow.
We will discuss the current industries need to increase capacities and the need for not only larger machines, but also the ability to run higher tonnages within the same foot print.
We will talk about the machines structural and dynamic loadings into the support structure and foundations. We will show some real life footage directly comparing material flows and screening abilities in a side by side comparison.
Lastly we will show actual customers who have run both types of machines and the differences they have seen in plant capacities. 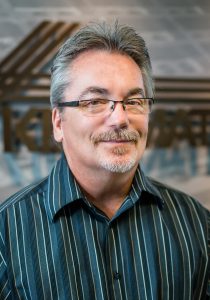 About Derek: Derek Kerkera has been with GK for nearly 45 years. With the majority of his time at GK dedicated strictly to engineering, Derek eventually moved on to spend six years as an Engineering Manager for the Process and Mining segments. In 2006 Derek moved to the sales group and spent the majority of his time in the South region. In 2014 he moved to the West Region as Regional sales manager. Derek was appointed to lead the General Kinematics Mining Department in 2019 due to his extensive technical knowledge of mining equipment and experience as a Western Regional Sales Manager.