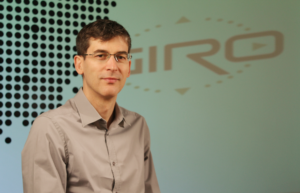 Posted at 17:28h in Uncategorized, News, Artificial Intelligence by ali

Charles Fleurent, Senior Director­ – Optimization Algorithms at GIRO, will be giving a presentation on software tools for transit scheduling and optimization at the upcoming GMG-CIM AI in Mining Forum in Montreal.

While at first glance public transit and the mining industry might not seem to have much common ground, Fleurent says that operations research, his specialty, can be helpful in “any process in which decision making can be enhanced with mathematical models.”

The HASTUS software created by GIRO is used in cities across the world for the scheduling of their public transit operations, and the company has continued to evolve throughout this success. “We never run out of ideas and projects to help optimize transit operations,” says Fleurent. He says that his presentation will include an explanation of optimization algorithms being used for different problems seen in transit, such as vehicle and crew scheduling, which could be applicable in the mining industry. As with any other business, he says, “I am sure that the mining industry wants to minimize its operating costs and maximize its productivity.”

Fleurent says he has seen his clientele embrace AI as overall interest in using the technology has increased on a global scale. “We have found that our clients are curious about possible AI applications in transit…The response [to the projects we have presented] has been positive and we have now several initiatives going on” Fleurent says, and it seems clear that the interest in AI is far from limited to transit. “You just have to ask the relevant questions. Operations research can usually help make the best possible decisions.”

GIRO is perpetually growing, largely due to its great success with applying operations research to public transit. “Is it only because transit is an isolated case for which operations research can be helpful? My guess is that is not the case, but that has to be decided by the mining industry.”