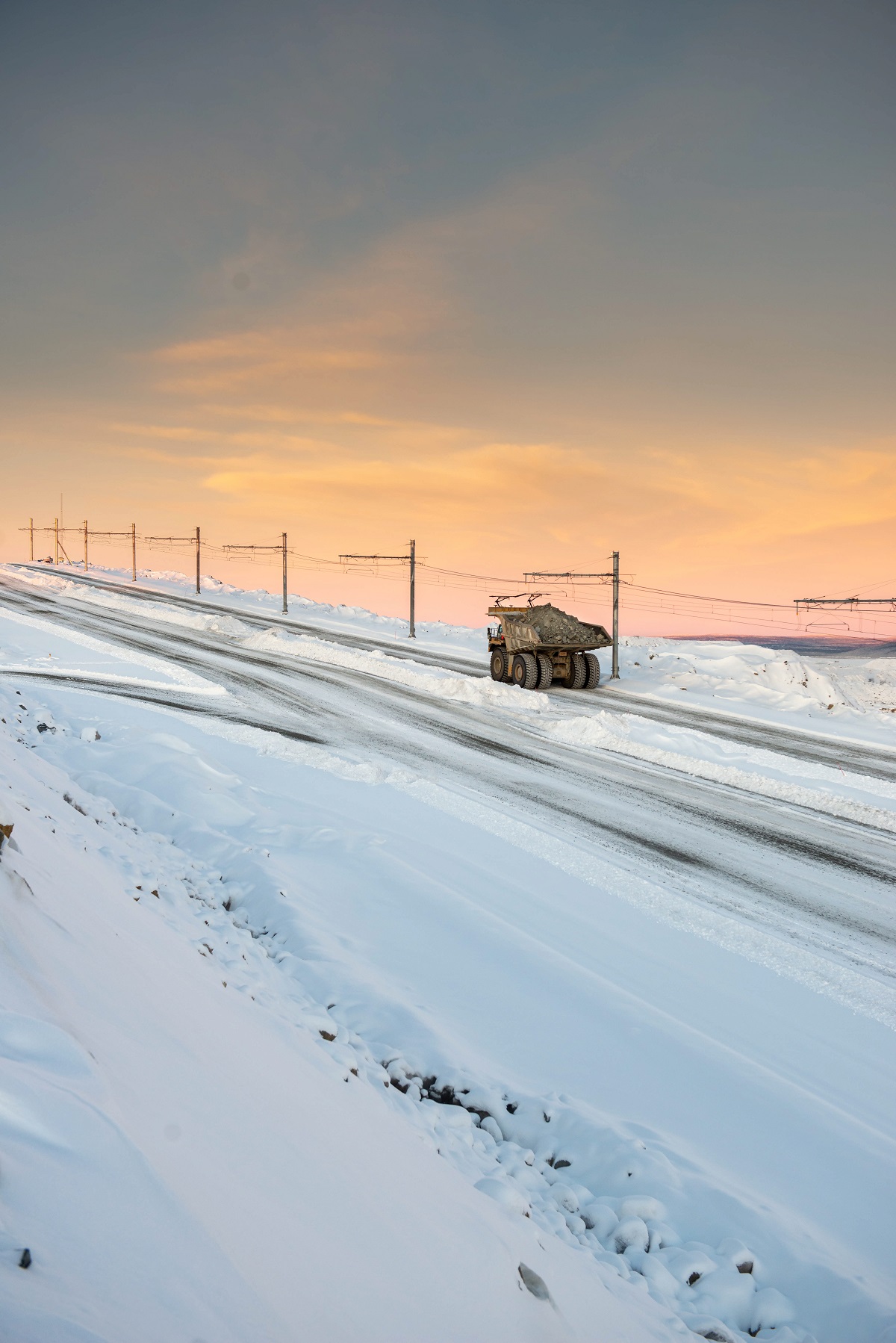 26 Mar Global drive to the electric mine

Posted at 14:30h in News, Electric mine by Magella Vallieres

The mining industry is searching for solutions to the same challenge that many other industries are facing right now: how to reduce their reliance on fossil fuels. While the industry has seen some great progress in eliminating diesel from underground mines, there are still many challenges surrounding the electrification of vehicle fleets at surface mines.

Mining underground has seen headway in going electric, and operations have seen great benefits related to human health and production costs. Underground operations require costly ventilation systems to filter diesel particulates — and emissions from diesel engines are known to be human carcinogens. The ventilation systems take up a large amount of energy just to dilute the diesel fumes in the air. By switching to alternatives, costs are lowered.

“Canada has done more than anybody in the world in terms of electrification in the underground space,” said Rob Derries, Unit Manager: Innovation & Technology at Gold Fields Australia. “But in Australia, it’s still very, very immature.” As mines get deeper and hotter, that means more ventilation, and more cost, he explained. “Some mines in Australia have up to 40 per cent of the electricity consumption is just on the ventilation alone.” In Australia, Gold Fields has been able to eliminate approximately 47,000 tonnes of carbon emissions per year using a hybrid microgrid of wind, solar, battery and gas.

Translating diesel elimination to surface mines is more complicated, due to larger vehicles and the demand for power. Electric battery equipment is two to three times the cost of the diesel equivalent, explained Peter Wan, Lead, Technology & Innovation at Teck. “It’s really going to take greater volume and increases in battery technology to drive that to cost parity. At the same time the power demand can be at two megawatts for an ultra-class haul truck above ground versus 400-500 kilowatts below ground,” Wan explained. “So, four or five times higher power demand, and then you need the batteries to provide the range for that,” said Wan. “That said, there is potential for significant benefits to gain as well, including lower maintenance costs and lower fleet costs over the long term as well as the environmental benefits.”

Right now, Teck can be fuelling a truck every 24 hours, which takes 15 minutes, while the charging requirements for electric trucks would mean that they would have to manage time differently. An option could be increasing cycle times where a truck gets a quick charge while stopping at, for example, the dump before going back to the shovel, Wan explained. Another option would be a trolley system with an overhead line that charges while it’s in operation.

Derries, speaking to Gold Fields’ perspective, said that battery technology isn’t mature enough to be operating the same way they would operate diesel equipment. “With most of the mines in Australia, and especially our mines, we’re hauling from the bottom of the pit up to the surface,” said Derries. “At the moment, the battery technology isn’t there to be able to tolerate a full shift.” For surface mining, especially, he said “alternative fuel sources are something that we’re quite interested to investigate further.”

Electric Trolley at Boliden’s Aitik Mine

Michel Serres, Vice President Mining Solutions with ABB, sees a key player in the elimination of diesel from surface mines in technology that’s been around for decades: the trolley assist. Trucks running on diesel are consuming 400 litres per hour with a 5,000 litre tank size, he explained. When the same trucks are placed on a trolley, they consume less than 50 litres an hour, with the rest of the energy consumption being electric. The 350 litres per hour savings is not the only benefit. “In terms of noise in terms of diesel particulates and fumes — it’s much more efficient.” Like for a battery-equipped fleet, Trolley lines also need to be factored into the mine design, as they are expensive to move, and sustaining capital expenditures cannot be ignored.

Productivity also increases when using trolley assist, Serres explained, since speed increases on the trolley track to about 25 or 27 kilometres per hour, roughly 10 to 12 kms faster than with a diesel engine. As a result, using the same number of trucks with this system could increase mine throughput, or trucks can be parked to reduce asset usage and improve overall equipment effectiveness (OEE).

Aitik copper open pit mine in Sweden (working with ABB), where the country passed a law to be net zero emissions by 2045. In 2018 and 2019, Boliden trialled the electrification of four rock trucks using a 700-metre trolley line that would reduce diesel usage by 800,000 litres per year. A single truck uses 1,000,000 litres of diesel a year, according to Boliden’s website.

The project is expanding to ten more trucks, and a total of 3 kilometres of electrical lanes. “You have diesel electric trucks, they have big diesel engines, and then you connect to the trolley line and the diesel engine goes down to idle and you use electric power instead but between the throttle lines you’re still using diesel,” said Jonas Ranggård, manager at Boliden Mines Energy Program. “So, you will only get like 30 to 50 per cent reduction, which is great, but it’s far from one hundred per cent.” To get to zero, Ranggård is looking to battery packs, and is currently working on the infrastructure to support battery power. In a country like Sweden where the cost of diesel is high, said Ranggård,“it’s good PR, but overall it is also something that we benefit from from a financial perspective as well.”

The experience and needs vary from company to company, climate to climate. “You don’t have one solution for everybody,” said Serres, adding that depending on the site, the company may end up saving even more money in the implied costs of diesel storage and transportation.

It’s clear that companies are looking for solutions going forward. Teck, who recently announced a goal to be carbon neutral by 2050 and has achieved a 289,000-tonne reduction in greenhouse gas emissions at their operations since 2011, is taking additional steps to decarbonize their operations. This includes a recent announcement to source more than 50% of electricity needed for their Quebrada Blanca phase 2 copper project in Chile from renewable power.

Derries explained that at Gold Fields, where underground mines are being powered by hybrid grids, said they’re “future proofing” themselves for moving into the electrification space. “We’re planning our approach for the next 10 years of where we want to be as a business. And that’s really reducing these particulates, reducing our greenhouse gas emissions,” said Derries. “It’s a much higher upfront capital investment, but our expectation is that the operational costs will be lower over a period of time.” He added that the company is excited that Australia is exploring more hydrogen opportunities, as currently the production cost of hydrogen is high.

In a world working towards decarbonization and with the rise of the social investor, it’s clear that the mining industry is working on solutions go beyond the business case, but it takes commitment. “It’s a win-win for everybody, always,” said Serres. “Why we have limitations is mainly because innovation is nice, but nobody wants to be the first, and somebody will have to be ready to endorse innovation.”

The GMG Recommended Practices for Battery Electric Vehicles in Underground Mining was a driving force in moving the industry forward in underground mining. In October, GMG responded to an industry need to expand this work to include all mining activities and launched The Electric Mine Working Group, a community of interest that aims to accelerate the adoption of all-electric technologies in mining and address the challenges associated with it through collaboration and information sharing. The working group will have a virtual meeting on March 31 at 9:00 AM EDT to discuss the topic its first projects. Contact us if you would like to join the call.