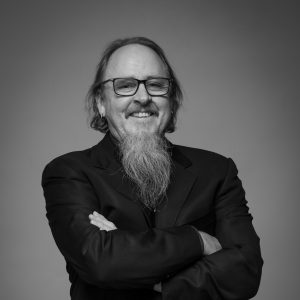 Andrew has been involved in the mining innovation arena since the very beginning of his career over 30 years’ ago. In his previous role as Senior Director, Innovation/Digital Mining at Barrick, Andrew had the scope of providing technology support for the entire mining process, which includes everything from exploration, feasibility, construction, production, reconciliation, through mine closure. Andrew is currently the Founder and Principal Innovator at Symbiotic Innovations, Lead Robotics and Automation at OZ Minerals, Executive Chairman of Queensland Robotics, and a member of Robotics Australia. Ultimately he is focused to make the world a better place through innovation and appropriate use of technology. Full bio here 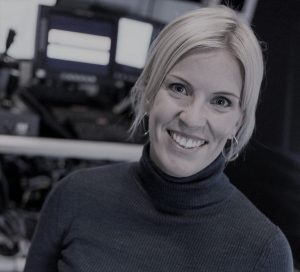 Karin Jirstrand is the Connected Platform Manager at Digital Solutions Division, Epiroc. Karin has worked with telematics solutions since 2013, in various roles. Her background is in computer engineering, and she has worked in both metal and paper industry before joining Atlas Copco (later split into Epiroc) in 2010. Karin is managing connectivity strategy as well as operational strategy for the global fleet of connected assets, including integrations and interoperability aspects. 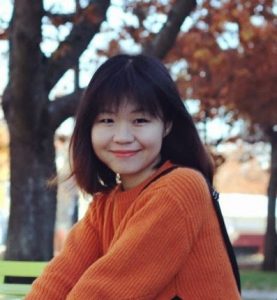 Yanqing Zhang, Senior Human Factor Specialist, R&D Scania. She holds a PhD in Human Computer Interaction from Stockholm University. At Scania, she previously worked on user insights in cab design department to understand drivers’ needs. In recent years she has focused on research projects on the subjects of interactions between all potential users and heavy automated vehicles in the hub contexts and hub-to-hub contexts. 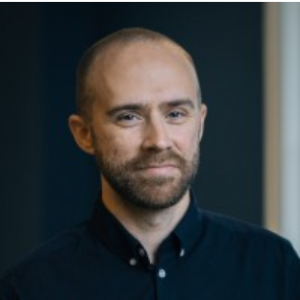 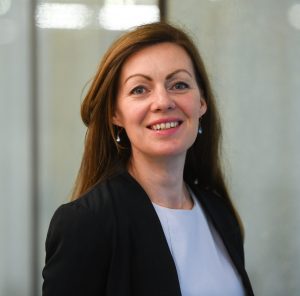 Liv is the Natural Resources Lead for Applied Intelligence and leads the UK CoE for Industrial Analytics at Accenture. Her mission is to work with our industrial, mining, and wider natural resources clients to move practice from one of producers to resource stewardship and drive our greener, more sustainable future through collaboration and innovation. She is a Chartered Geologist with 20 years’ experience in the resources industries (exploration, mining, metals and quarrying). Liv works with C-suite and client teams to transform business process and operations through data-driven strategy and the development of data & AI tools for new working practices. Full bio here 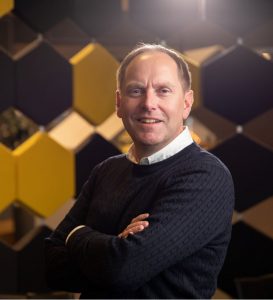 Over 20 years’ experience from managing development projects within R&D. Both as engineering responsible, project manager and R&D group manager. The last 15 years working for Epiroc and product development of mining equipment.

Coordinator for the NEXGEN SIMS consortium and Managerial background in different areas. 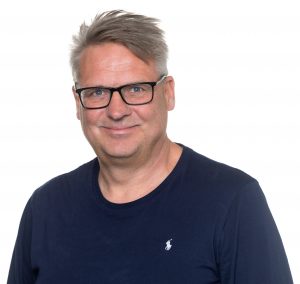 Jan Nyqvist currently hold a position as Global Product Manager Mine Automation, Underground Mining. Jan has his technical background in fluid dynamics and joined ABB 1990. He has mainly worked with research serving several of ABB market segments such as nuclear, machines, train, fan system and exhaust cleaning. The last ten years has focus been on the mining industry developing mining process automation solutions such as mine ventilation control, automatic scheduling, integrated control and robotic solutions for operator safety and effectiveness. 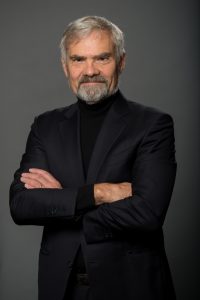 Kalev Ruberg has been active in the information systems arena for over 40 years. In the 1980s he joined Canada’s National Research Council in Ottawa as a Senior Research Scientist where he developed a number of machine learning algorithms in the artificial intelligence field. He then went on to IBM Global Services, where he designed large machine learning and control systems. In 1998, he was appointed the CIO and Deputy Minister to the Finance Minister at the Government of Manitoba. He then became a VP at TELUS, where he was responsible for Application Development, Business Development, and development of the IT strategy and offerings for TELUS’ Healthcare vertical. Building on his experience at Telus, Kalev became the CIO and Executive General Manager for Information Services at Placer Dome where he led the restructuring of technology services worldwide. Since 2006, he has been with Teck Resources as the CIO Vice-President, Teck Digital Systems, where he was responsible for the overall digital systems services and projects globally. Most recently, Kalev was appointed VP Future and Chief Innovation Officer, where he is exploring the future of mining at Teck. In 2020, Kalev was also appointed adjunct Professor at the Keevil School of Mining Engineering at UBC and in 2022 became GMG’s Chair. Full bio here 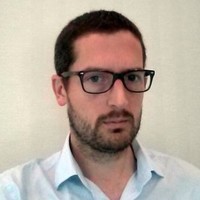 Russell has been involved in the mining automation and technology domain for over 20 years, primarily working on underground mobile equipment automation and supporting technology infrastructure. Roles with Caterpillar and later Rio Tinto have provided experience in mining technology strategy, development and implementation, and his current position with the Oyu Tolgoi project has given him the opportunity to help build a world class communications and technology platform supporting a new level of safe and productive mining. 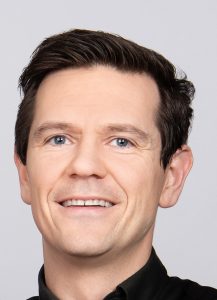 Björn Gröndahl, a mechanical engineer with a commercial focus, is passionate about realizing the promise and potential of Autonomous Solutions in Mines and Quarries. Part of Volvo’s automation journey the last 7 years going from Research to Scale-Up, he is today responsible for developing the portfolio of implementations of Autonomous Solutions in the mining segment. In this role, Björn is responsible for taking the autonomous solutions from initial customer dialogues to the start of implementation as well as being commercially responsible for the actual outcomes. 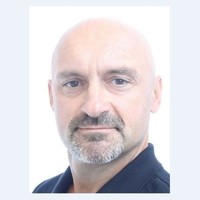 Since my M.Sc. graduation from Luleå University of Technology 1988, I have been working in the transport industry. I started off at Scania CV, where I learned the values of structuralised and modulated mechanical product development. Moving on to the defence material industry gave me insights about the value creation integrated systems gives to the operation. At Toyota Material handling I had the liberty to apply my early career learnings and there is where I took the decision to move from the mechanical industry to software and service development at Ericsson.

The years at Ericsson shaped the product development leader I am today, technically, understanding the principals of traffic and asset control, as well as what it takes to develop world class sustainable, maintainable and deployable products. Moving from waterfall development to lean and agile principals strengthened my insights in value chains and the greatness of flow-optimised versus resource-optimised operations.

After leaving Ericsson for Combitech 6 years ago, I have had the joy to lead development of a traffic and fleet control system for autonomous machines in a partnership with Epiroc. The years with extremely competent people at Epiroc and Swedish mining industry laid a foundation to my thoughts to “Need for agreed interfaces to enable transparent autonomous operations as well as mixed OEM traffic control” 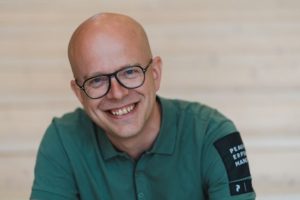 David Degerfeldt is a tech enthusiast with special interests in automation and Artificial Intelligence. After receiving a Ph.D. in computational electromagnetics, David developed advanced mobile network test equipment for Ericsson. Since 2015, he is with Boliden, leading a team that develops state-of-the-art solutions for process control. Since 2020, he heads the AI in Mining program, shaping the digital future of Mining at Boliden. 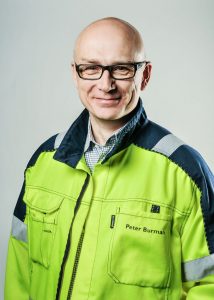 Peter Burman, Program Manager Mine Automation Born 1964, Mr Burman holds a Master of Science and M.B.A. Mr. Burman has been Project Manager in the Mine Automation Program since 2012. 2015 appointed to Program manager for the whole mine automation Program. Working for Boliden 1988-1995 he left for the telecom business. During 17 years at Ericsson and Ascom he worked in various positions like R&D manager and Business Area Manager.

He is also coordinating Boliden’s contacts with some European universities and research organizations. 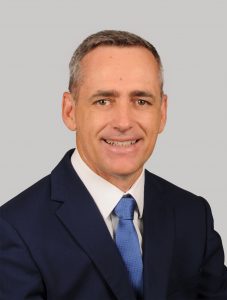 Bruce Warner is the Transportation Segment Manager at Hitachi Energy in Switzerland.  He has over 25 years’ experience in the electrical power industry and for the past 19 years worked for Hitachi/ABB in the rail and e-mobility environments.  He has had various roles in product management, R&D where he led the development of the Flash system for the ultra-fast charging of e-buses, and engineering where he was involved in some of Hitachi/ABB’s most prestigious rail projects.  In the last two years he has become increasing involved in the electrification mining activities and led the Hitachi team which was selected as one of the winners of the Charge On Innovation Challenge.   In his current position he has global responsibility for the power supply for transportation which includes mining, railway and e-mobility.

Bruce is a native of South Africa and began his career in the power transmission and distribution business there.  Today he holds dual Swiss, South African nationality.

In his spare time he enjoys skiing and triathlon. 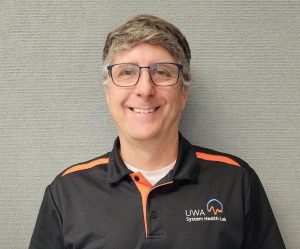 Geoff is an inventor and thought leader in field automation for mining. Geoff’s research focus is on automation of the mining process not the automation of mining equipment. At Oxbotica, Geoff develops solutions for industrial operational challenges in mining and other heavy industries. He got his start in mining automation technology through INCO’s Mining Automation Programme where he developed automated drill and blast technologies by introducing robotics, advanced controls, and machine vision. These are more commonplace now but then they were rare in the mining environment. Following on in the theme of automating blasting, Geoff headed Orica’s Global Delivery Systems Technology Team developing novel means to automate the charging of blast holes. Then at BHP he developed improvements to mine planning and led research and development in next generation robotics and automation at BHP as the Principal of Autonomous Operations. In addition to his industrial roles, Geoff is an Adjunct Professor of Engineering at the University of Western Australia. 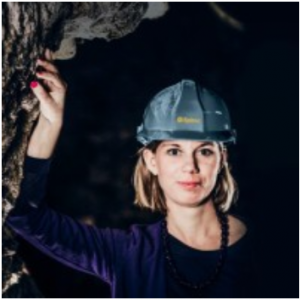 Innovative leader with over 15 years of international management experience and a track record of successfully leading change. Dedicated team player with proven communication skills and award-winning leadership style. I care for people and planet.