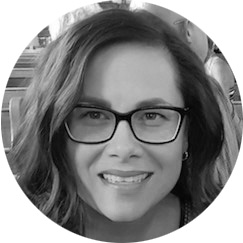 Andrea is Global Mining Guidelines Group’s Communications Manager, having joined the team in August 2018. She brings with her 21 years’ experience working in publishing and communications in the mining industry, primarily with the Canadian Institute of Mining, Metallurgy and Petroleum (CIM) where she learned to love the world of mining. Her CIM story began in the Publications Department where a good part of her time was spent updating the department’s organizational system away from index cards and typewriters (yes, typewriters). Showing interest and prowess for writing and editing, Andrea became Assistant Editor in 2004. Along with Heather Ednie, GMG’s Managing Director who at the time headed CIM’s Publications and Communications Department, she worked on a dream project – launching a magazine (CIM Magazine). Andrea developed a sharp eye for detail working with design teams, and by January 2013 was promoted to Managing Editor. Andrea’s innate need for organization and processes really flourished during those years. In June 2015, Andrea added Communications Supervisor to lengthen her job title, officially entering the realm of strategic and corporate communications, and by mid-2017 became CIM’s Communications Manager. At GMG Andrea gets to tap into her creative side through writing, editing and the development of communications and marketing materials.