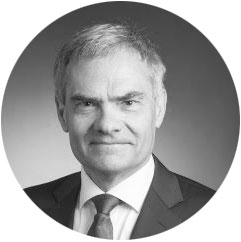 Kalev Ruberg has been active in the information systems arena for over 40 years. As a BSc and Masters graduate from MIT, his studies included work at the Architecture Machine Lab (now the Media Lab) before carrying out digital simulation research at the National Bureau of Standards (now NIST) in Washington DC, University of California Berkeley Labs, and then at Georgia Tech, as an assistant professor.

In 1982 he joined Canada’s National Research Council in Ottawa, as a Senior Research Scientist where he developed a number of machine learning algorithms in the artificial intelligence field. Joining IBM Global Services, he designed large machine learning and control systems for IBM Manufacturing and clients worldwide.

In 1998, he was appointed the CIO and Deputy Minister to the Finance Minister, at the Government of Manitoba, where he was responsible for the government’s Information Services. Subsequently, he led development at a B2B e-commerce company, and then became a VP at TELUS, where he was responsible for Application Development, Business Development, and development of the IT strategy and offerings for TELUS’ Healthcare vertical.

Modafinil is an analeptic drug that affects certain areas of the medulla, stimulating the most important body functions. The drug improve sthe work of the respiratory system and accelerates the blood circulation, which keeps the person active and refreshed and helps tocope with daily activities. Read mor eon https://manhattanvalleypediatrics.com/order-modafinil-online/ .

Building on his experience at Telus, Kalev became the CIO and Executive General Manager for Information Services at Placer Dome, formerly the largest gold mining enterprise in the world here he led the restructuring of technology services worldwide. Since 2006, he has been Teck Resources as the CIO Vice President, Teck Digital Systems, where he was responsible for the overall digital systems services and projects for this global mining company. Most recently, Kalev was appointed VP Future and Chief Innovation Officer, where he is exploring the future of mining at Teck. In 2020, Kalev was also appointed adjunct Professor at the Keevil School of Mining Engineering at UBC.

Kalev has published more than 30 papers in proceedings and journals. In 2018, he was named to CIM Magazine’s 2018 Names to Know and is Chair of the Global Mining Guidelines organization.