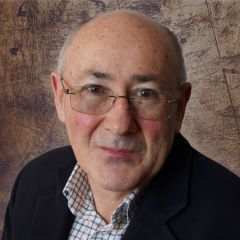 Posted at 19:23h in by Andrea Nichiporuk

Michael Murphy is the Chief Engineer, Surface and Mining Technology, Caterpillar Inc. based in Peoria, Illinois with responsibility for Caterpillar’s surface and underground mining technology strategy. He has a Bachelor of Civil Engineering degree from Royal Melbourne Institute of Technology, Melbourne, Australia and 40 years of experience with Caterpillar Inc.

Since moving to the United States in 1996, Michael has been engaged in development and implementation of Caterpillar’s Mining Technology Strategy including the early adoption of high precision GPS in mining applications. He has been a key leader in developing Caterpillar’s automation strategy for surface and underground mines. Since 2007, he has been involved in the development of Caterpillar’s second generation of autonomous hauling which has moved over a billion tons of material with zero lost time injuries.