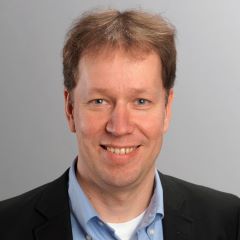 Posted at 15:02h in by Andrea Nichiporuk

Mikael Ramström graduated from Chalmers University of Technology, Sweden with a M.Sc. in Electrical engineering in 1992. Mikael worked for five years on the control and automation system for the European Space Agency (ESA). Since 1999 Mikael has been working for Epiroc, formerly Atlas Copco Mining and Rock Excavation. He currently holds a position as Vice President, Rocktec division and is  responsible for Product Portfolio Automation and Interoperability. Since 2013, he has gone from Sherpa to Epiroc CEO Per Linberg in the European Union Innovation Partnership (EIP) on Raw Materials. Mikael has been involved in the European Knowledge and Innovation Community, EIT RawMaterials since 2011, and has been Chairman for EIT RawMaterials Northern Co-Location Centre in Luleå. In addition, Mikael has been a board member for Nordic Rock Tech Centre AB as well as a member of  the board for SIP STRIM, a Strategic Innovation Programme for the Swedish Mining and Metal Producing Industry. Since 2017 Mikael is a board member of  Luleå University of Technology.