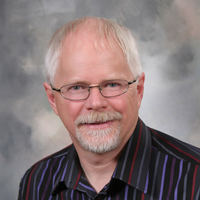 Mark has been active in the mining business for nearly 40 years and is a Professional Engineer in British Columbia, graduating from Camborne School of Mines (UK) in 1981 with an ACSM and BSc (Mining Engineering). In 1983 he completed a MSc (Mining Engineering) at Queens University (Kingston, Canada), before starting working for De Beers at the Kimberley Mines (RSA). Experience included working in block cave and sub-level caving at several mines in the Northern Cape and Deep level gold operations in the Orange Free State. At the Finsch Mine, Mark worked in open pit operations and planning, as well as development of the new underground mine. Finsch was the first exposure to automation as he joined the underground automation team as a Senior Engineer. In 1988, he moved to Premier Mine where he was responsible for a number of projects including the development of an automated draw control and LHD monitoring system as well as working in mine operations.

In 1992, he was appointed Senior Engineer at Highland Valley Copper in British Columbia, with responsibilities for new equipment and technology selection, purchase, and implementation. Technologies included early implementation of GPS machine navigation and GIS systems. Highland Valley was an early adopter of the mine to mill philosophy where Mark was a key part of the integration and optimization process.

In 2001, he moved to the environment group with responsibilities to ensure compliance with regulations and permits and coordinating aspects of the mine’s site closure plans. In this capacity, he expanded the use of GIS to include mine reclamation and the use of remote sensing for monitoring reclamation performance.

In 2008, Mark moved to Teck’s Applied Research and Technology group in Trail, BC, where he developed a mining technology group to identify, develop and promote technologies to support Teck’s business units. These have led to significant returns through continuous improvement, growth, and improved safety. This new role provided the opportunity to implement the mine to mill philosophy across Teck’s base metal mines. Other key technologies have included drill automation, enhanced measure while drilling and vehicle proximity detection.

Mark has published papers in proceedings and journals on the development and implementation of technology across the mining space. He completed his MBA at Simon Fraser University in 2015 with a thesis on Technology and Innovation Strategies. He has been involved with GMG since its inception and is currently Secretary on the Governing Council.