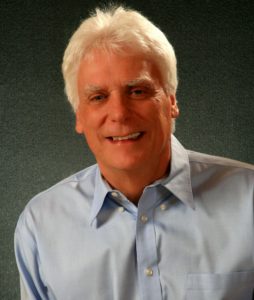 Tim Skinner, President of SMART Systems Group and GMG Vice-Chair International Standards, has more than 40 years of experience in mining and mineral processing and has been a strong voice for the industry as a leader, volunteer and mentor in that time. For these reasons, he has been awarded the CIM Distinguished Service Medal for distinguished or meritorious service to the Institute or the minerals industry.

Skinner’s passion for enabling innovation and encouraging open collaboration has brought about many notable achievements. He founded GMG in 2012, and after serving as its founding chairman, has continued to serve on the executive council as Past President and Vice-Chair International Standards. While there, he initiated the creation of the Canadian Mirror Committee for ISO TC 82 Mining, which has secured Canada’s voice and authority in the development of international mining standards. Over the past six years, Skinner has worked with mine operators, original equipment manufacturers, regulators and groups related to standards and safety to establish the GMG Interoperability Definitions and Roadmap Guideline, which is slated for publication in the second quarter of this year.

Having evolved from being an IT professional to a mine operator, Skinner’s breadth of knowledge has made him an ideal consultant for a wide range of projects, and he has served for years on the Surface Mining Association for Research and Technology (SMART), CIM Council as well as for various CIM societies including Surface Mining, Coal and Oil Sands and SIMT. Throughout his years of involvement in the industry, he has been a steadfast promoter of an open, multi-stakeholder and operator-driven technology environment in the industry.

Skinner has received other recognition over the years, including being named a CIM Distinguished Lecturer, but his contributions to the industry are truly immeasurable. Presentations, articles, papers, panels and discussions at a myriad of events throughout his career, as well as time and guidance he gives to mining organizations, have clearly benefited the industry on many levels.

“It was a very pleasant surprise, and an honour, to learn that I had been selected as the recipient of the CIM Distinguished Service Medal,” says Skinner. “It is very satisfying to see, via the award, the recognition of the advancement and impact of computing, systems and technology in mining, and the evolution of mining’s digital transformation. The many years have taught me that achievements like this are not because of one’s singular effort; they are really a result of the good people that you work with.”

“Mining has great people and I thank all my friends and colleagues who over the many years provided inspiration, support, insights, ideas, brilliance, knowledge, coaching and especially patience.”