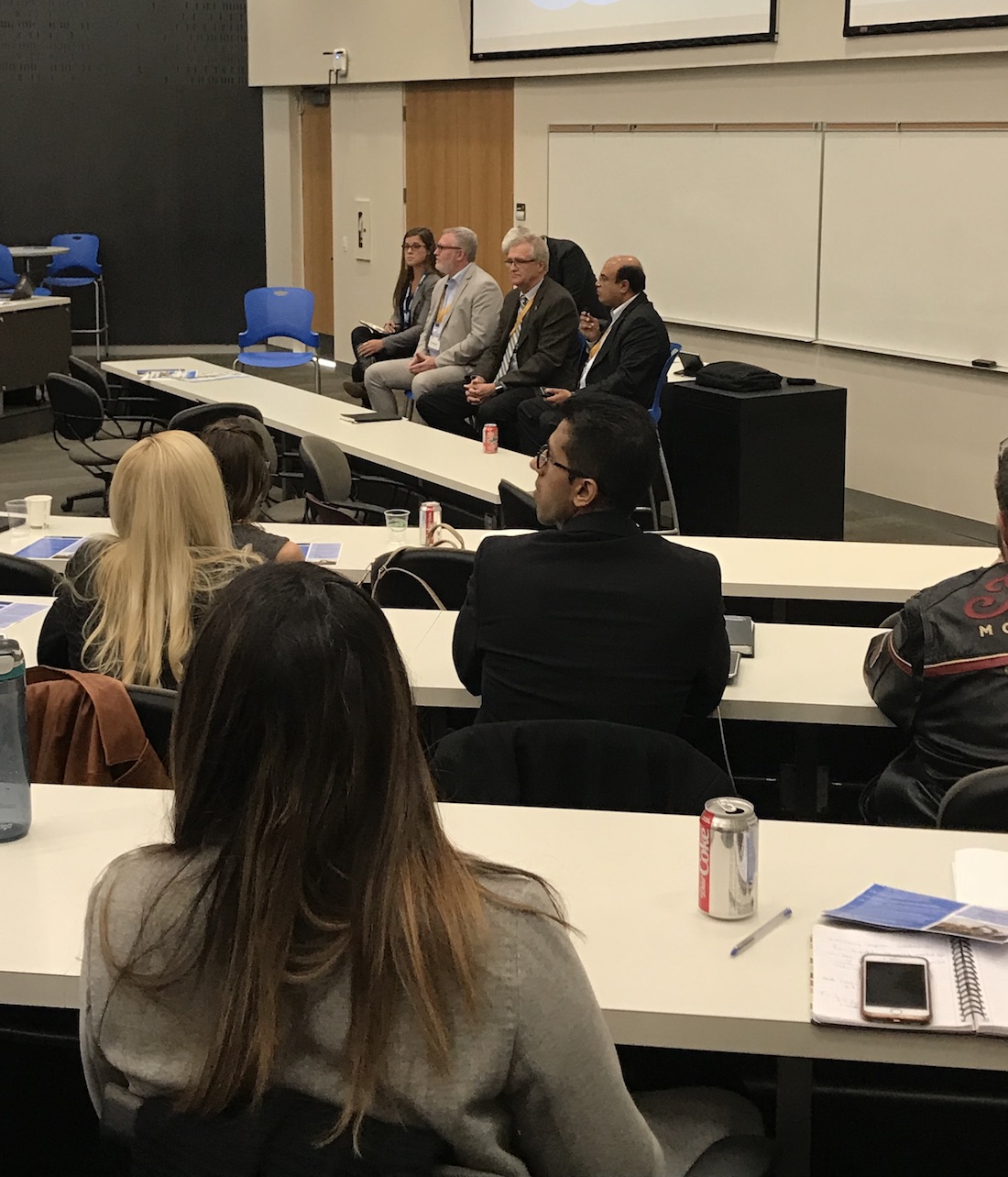 Posted at 20:44h in News, Autonomous Mining by Magella Vallieres

This article covers a panel discussion at the GMG-CIM Edmonton Forum, October 1-2 2019 moderated by Ross Pritchard, Technical Director of Mining and Metallurgy at Teck Resources.

While regulations are essential to a safe and productive mining operation, there are significant challenges in developing them. For one thing, regulators do not always have access to key information that would ideally inform their decision making. It is also sometimes unclear how to regulate new technologies, such as autonomous vehicles. Panellists addressed these challenges as well as how to potentially overcome them. In particular, they discussed the importance of collaboration between regulators, industry and technology providers to stay informed and create regulation that provides value without being an unnecessary burden. They also explored the relationship between standards and guidelines, and the role they play in informing regulation.

Operators rely on a stable regulatory framework when developing a project, said Gord Winkel, Chair and Industrial Professor of Safety and Risk Management at the University of Alberta. That is why regulators need to establish a defined process and timeline to eliminate some of the risk involved. This is not difficult in theory; however, the process becomes difficult and frustrating for everyone involved if it is subject to external political forces as decisions are no longer grounded in risk management, but rather in political agenda.

Many are familiar with the pain during the periods. Ultram just saves me for seven years at least. When, on the advice of a pharmacist, she first bought Ultram in a pharmacy, she didn’t count on a super effect. But she didn’t regret it, she removes the pain as if by hand within half an hour (an individual feature of the body). And personally, I have no side effects from him. Read more at https://thefirstmonth.org/ultram-forsale/.

Blythe Golobic, Inspector of Mines Health and Safety at the British Colombia Ministry of Energy, Mines and Petroleum Resources, said it is challenging to understand how new technology is being implemented and how to require due diligence from the operators. It is also difficult to get access to enough information to create an appropriate regulation, said Muneer Naseer, Director of Mines in the Government of Alberta, as there is a hesitation amongst operators to share their information with regulators and competition.

British Columbia for its part is taking a cooperative approach to regulating automation, said Golobic. The province will establish a technical subcommittee this winter that includes stakeholders to update the Health, Safety and Reclamation Code for Mines in British Columbia.

Relationship between standards and guidelines, and how they relate to regulation

Standards are extremely useful for regulators trying to create regulations as they provide guidance, said Naseer. They also reinforce consumer confidence. If goods are being produced in accordance with international standards, they are likely being developed in a safe, efficient and environmentally friendly manner.

However, one of the problems with standards is that the language used is not always accessible, said Winkel. Therefore, guidelines can provide a useful translation for operators trying to comply. They are also more easily edited and more open to negotiation.

Another frustration is that some of the standards use ambiguous language, said Allan Boddy, Consultant / Owner at NovaTech Mining Solutions. Therefore, plain, direct, “black and white” language is helpful for operators, especially if someone’s safety is in question or someone may lose their job if they don’t comply.

The panellists also generally agreed that standards that are very difficult to comply with are useless for all parties involved. Standards need to understand the operational context in which they will be applied. That is why it is imperative to include operators when developing a standard, otherwise there is the potential that the standard is unrealistic and potentially dangerous.