Posted at 09:53h in Profiles by Francine Harris 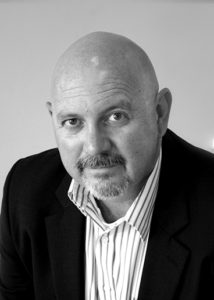 Mark O’Brien, Manager of Digital Transformation at CITIC Pacific Mining in Perth, Australia, is a valued volunteer with GMG, most notably as the co-leader of the Artificial Intelligence Working Group.

O’Brien has long believed in the potential of artificial intelligence (AI). Now that technology has caught up to our ability to imagine its many applications, AI is back and “everyone, including mining, is looking at how we can make use of these amazing new technologies to improve what we do in big ways.”

He first became involved with GMG through the Autonomous Mining Working Group two years ago. Having participated extensively in that process, he admits it was gratifying to see the publication of the Guideline for the Implementation of Autonomous Systems in Mining in April. “Off the back of this experience, I really saw and benefitted from the value of GMG as a collaborative group bringing together such a wide variety of stakeholders,” he says, suggesting it took very little convincing when he was asked to lead the AI Working Group.

The AI Working Group has already stimulated good conversation and relationships, with the Foundations of AI in Mining project nearing completion. “I love the collaboration and relationships I’ve been able to develop through GMG,” he continues. “It has added value to my work at CITIC Pacific Mining, expanded our thinking, and I think GMG plays a very important role in the mining technology ecosystem to facilitate industry-wide gains.”

For the members of the AI Working Group, O’Brien is a valued leader. “Mark is a natural collaborator, and his open communication style puts people at ease,” says Penny Stewart, Principal and Managing Director at Petra Data Science. “His sensitivity to different people’s viewpoints and ideas means that he sees his leadership style as enabling and facilitating progress on the various initiatives under the AI Working Group,” she adds, suggesting this approach is especially important considering this work is global and involves many different types of cultures. “Without the support of people like Mark, the GMG would not be able to make the progress that it has,” concludes Stewart.

The collaborative nature of the AI Working Group mirrors one of the more significant evolutions O’Brien has witnessed within the mining industry in the breaking down of individualism and hyper-competitive attitudes towards a more cooperative approach to sharing and working together. “This has been a big shift and I think it’s where GMG has really taken a unique role in the industry to bring people together right around the world.” While he admits the time zones, travel and language barriers can sometimes make it tough, he credits the work done by GMG in “opening a channel for communication and collaboration across the whole mining technology ecosystem.”

Another advantage to his volunteer work with GMG has been the opportunity to attend and speak at GMG events. For example, he spoke on a panel at the GMG-CIM AI in Mining Forum in Montreal in May. O’Brien suggests such conferences represent a valuable opportunity to meet and learn from fellow attendees. As someone involved particularly in mining in Australia, the Montreal event allowed him to engage with those in the North American mining scene, which “is always a stimulating experience.”